Adapted away. The Witcher and its monsters

Where were we? record scratch

We left the Witcher shortly before the plague. You remember? That time when we still quarrelled about mixed timelines and casting choices in a fantasy show. Back then we were left with eight episodes of a flawed but interesting series. The casting was mostly really good. The character building was moved centre-stage through a very unconventional writing in which Geralt, Yennefer, and Ciri had a time to grow. Yes, there were problems. The CGI was sometimes on the cheap side. The mixed timelines were a bit too much of the good stuff. The show-runners were a bit too ambitious in trying to recreate a very specific way of literary storytelling on screen, and to subvert our expectation of the medieval at the same time. But they have delivered a wonderful attempt with huge potential. Witty, full of comments on contemporary politics and historical cliches. The thing got thrashed in a lot of reviews.

Alas, someone has listened to the reviewers too much.

But, let’s, quite literally, start at the beginning.

It starts extremely well. The first episode is a fast-paced adaptation of “A Grain of Truth” from The Last Wish, with a Nivellen we all hoped for, interlaced with a slightly confusing but quite coherent explanation of the fate of Yennefer. It works well, it checks out. Geralt is a bit more talkative, Ciri more self-confident. The story has a moral dimension and the dilemma is not solved with an easy solution. The quality of production is immediately noticeable to be much better. The humour is a bit more restrained but still quite poignant.

There is a marked turn in the aesthetic. It’s subtle but when we look at Nivellen’s mansion, the armour of the imperial soldiers (yes, yes, they’ve changed that too), the clothes the characters wear, we firmly move forward in the expectation of the medieval. It’s very late Middle Ages with some overt Early Modern. In Season 1 the situation was different, almost the other way round, and two years ago we talked about it at length. A huge part of the show’s shtick had to do with subverting this expectation. That’s gone now.

Instead there is a way more straightforward approach to aesthetics. The trick now is: it matches. Cintra is supposed to have a bit of a mediterranean flair to it, so it has. Nenneke’s temple is a place of charity and healing so it mixes Persian, Arabic and Buddhist architectural styles. There are still some nice surprises here and there but the aesthetics follows the expectation now. This is way more Game of Thrones, way safer, way more Rough Guide to the Continent. It is not bad, mind you. It works well, helps to orientate, the viewer knows immediately where they are in an establishing shot. But it remains a concession.

You get from A to B

Gone are also the confusing mixed timelines. And when I mean gone, they are gone completely. The notion of linear time reigns supreme. This has made the Continent a very small place. The characters travel quickly between places in order to take part in borderline deus ex machina events that are necessary to keep the strands of the timeline straight and neatly coordinated. It makes for easy binge-watching. At the same time it completely destroys The Witcher’s uniqueness.

I did complain in the past that the mixed timelines thing was a bit too much in the first season. For various reasons (not least the marketability of the show) it had to be toned down. But to make linear time the only option in a story set in a world which constantly plays with notions of non-linear time feels wrong. And it forces compromises that constrain the story, that require us to believe there is just here and now.

The first season, mostly an adaptation of the short stories, was an exercise in digression as a storytelling device. That’s something that medieval authors knew very well. Big picture painted through a series of interlocking digressions. Done well it requires a lot of investment from the reader (or viewer) but is extremely rewarding. Done badly it ends up being a bore. But it remains a bold solution. Nothing is left of this in season two. As time becomes constrained, space becomes smaller. The world and the narrative collapses into its centre.

Sacrificing the periphery by relentless focus makes for a lingering feeling of boredom. Again something where the medieval strikes as a good source of inspiration. The fringes of late antique and medieval maps had the most story to them - the periphery bursted in narrative possibilities. I was myself shocked how well this worked on screen in the first season. The world seemed vast. In season two of The Witcher it is oh so very small. 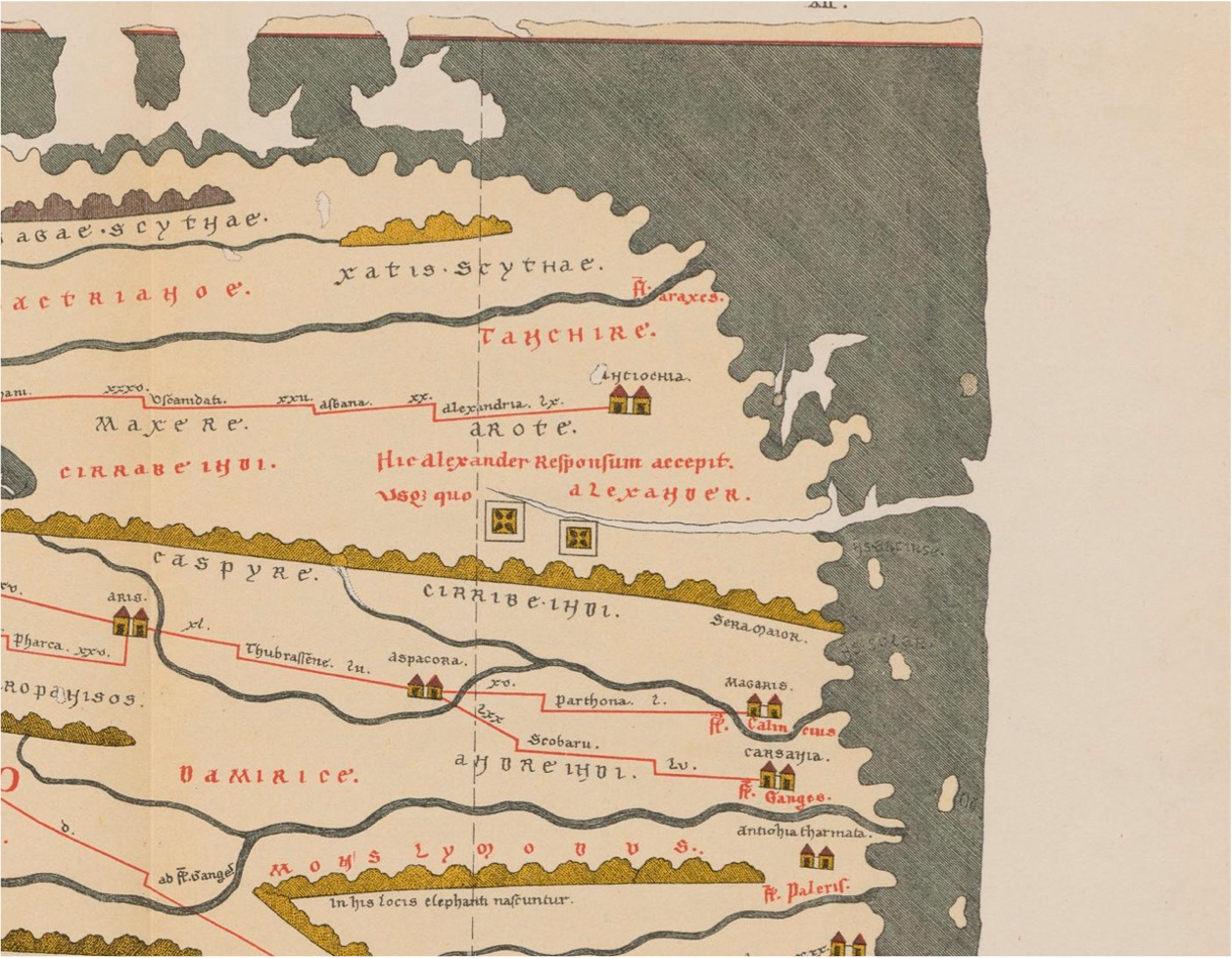 This approach is not without merits. It allows for more dialogue, Geralt is less of a grunt now, Ciri can develop. Yennefer can become a car-crash of a character. From a figure so full of difficult moral choices and internal conflicts, casted brilliantly she changed into a narrative object propelled by the irresistible force of a very, very forced subplot. We know by episode two where it will land, how is only partly a mystery. The moral compromises along the way also feel both expected and forced because, we need to get from A to B.

I might be wrong about this but I think the surrender to linear time has one more casualty and that is humour. There is one self-referential scene with Jaskier that carries the day quite well, but gone are jokes about our timeline. Well, mostly gone. There is such a potential for the spheres to conjunct on rare but cherished occasions, for our monsters to be victims of The Continent’s poignant satire. We get way less of that in season 2 than in season 1. No surprise, we need to rush.

You might have noticed that I do not speak at all about whether season 2 is a good or bad adaptation. The answer to why is easy. This train has left after episode 1. It will, probably, come back in season 3, but the remaining 7 episodes of season 2 are left to their own devices, bereft of the support of the books. To an extent I think it is a good thing.

One could have made a faithful adaptation of Sapkowski’s storyline on screen. Season 1 offered one (but definitely not the only) way to do it. But one really does not have to. The games do not do it and they are just fine. One has to admire the courage to do so, because when it works well it is so much more rewarding than just simply translating the material into another medium. It works to an extent in season 2 but I really think that the main problem are not the pivots from the “source material” but the fact that they are not narrative choices. They are choices made to get from A to B and to subvert as few of the expectations as possible.

Take the monsters. By changing how they are made and what causes them they are no longer “inconceivable beasts” like in the Old English Wonders of the East. They lost their ability to question what is a monster (apart from the first episode, but you know already that it belongs to a different register). Their agency is constrained, adapted away from them. They are no longer “medieval” monsters that can ultimately tell us more about being humans.

As monsters become less complex (again, episode 1 remains an exception) their role diminishes. Instead of forcing the characters and us to think about what we consider the Other, they become one-dimensional. As mere props to a linear story they are hacked and killed without consequence for them. Fights with them become perfectly choreographed empty sequences instead of occasions to ask how we construct the world around us in our heads.

The adapting works brilliantly in one area still: casting. Nenneke is perfect, subverting expectations of those who read the books and offering a perfect figure for those who did not. Dijkstra is sharp, witty and unhinged at the same time, although given very little time to show it. Cavill, Allan, and Chalotra remain brillant as Geralt, Ciri and Yennefer even if they struggle with the lack of narrative freedom.

Is there a problem then? Sure. Is the situation hopeless? Not yet. The Witcher in its second season remains an enjoyable fantasy show. It is less exciting, less funny and less challenging than the first season. But it has better special effects, better cinematography and is easier to consume. Do those things balance each other out? No.

One cannot escape the impression that the season 1 and season 2 (especially watched side by side) are meant for different audiences. That’s a bit of a shame. I really wanted season 1 aesthetics and approach with the scale and quality of season 2.

Commentators should not give advice to creators. But they do it anyway, so I’m going to be no different. And my advice would be: dare more medieval. Play with time. Open up the interpretation. Make the narrative diverse, give space to the periphery. Comment the here and now through the narrative of there and then. The Witcher is a perfect vehicle for that. Change what you need to change but keep the commitment of the books to subvert medieval legends and myths. As the story will progress it will become more, not less important.

Fafinski, Mateusz "Adapted away. The Witcher and its monsters." History in Translation (blog), 22 Dec 2021, https://mfafinski.github.io/Adapted_away/.